These paintings delicately depict the many travels made by Lama Tsongkhapa, how he studied at the feet of the foremost Master of the time and the marvelous vision he often experienced. Each of the small scenes surrounding the central figure of Lama Tsongkhapa is accompanied by a cartouche written with gold ink. The text of these cartouches is based on a work of Djam-yang Shaypa (1648-1721) where the order of the different scenes is indicated by the Tibetan alphabet. 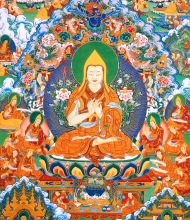 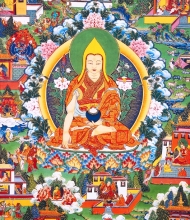 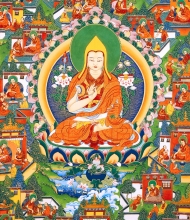 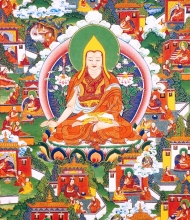 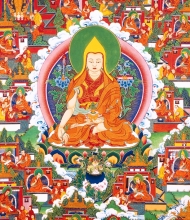 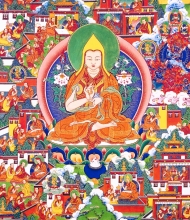 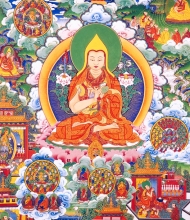 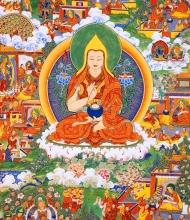 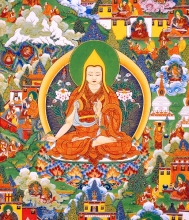 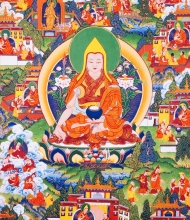 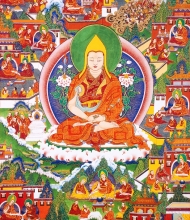 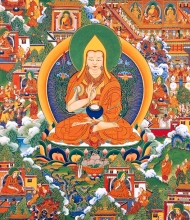 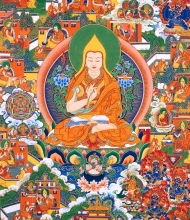 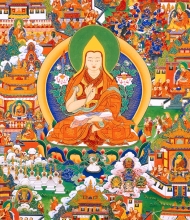 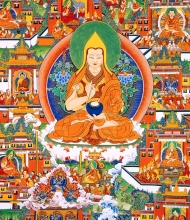 The 5 Visions of Khedrup Je

As a great Siddha, Lama Tsongkhapa accomplished such feats as appearing to beings even after he had departed from his body to pure realms. He particularly manifested himself to Khedrup Je who was often overwhelmed by sadness after his Master had passed away. Five of these vision are traditionally the subjects of one set of thangkas called “The Five visions of Khedrup Je.” 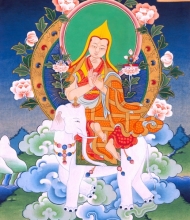 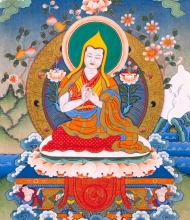 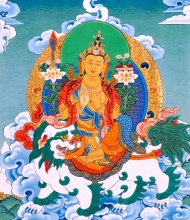 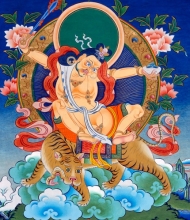 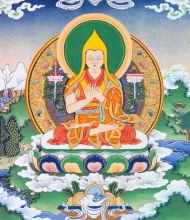 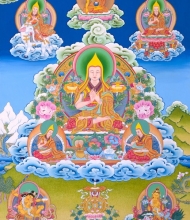